Sri Lanka is a birdwatcher’s paradise. The island is frequented by an amazing diversity of both endemic and migratory birds that can make for some truly memorable sightings. In this regard, one of the very best places to visit in Sri Lanka is the Bundala National Park – a sprawling wilderness that is home to nearly 200 different bird species!

The area that would become the Bundala National Park was first declared as a nature sanctuary in December of 1969. It would go onto becoming a national park much later in 1994. The park is also the very first site in Sri Lanka to be declared as a Ramsar wetland.

Found in the dry zone of Sri Lanka, the park is dominated by scrub forests and tall thickets. Scatter throughout are a number of brackish lakes and salt pans. All these differing habitats provide a refuge for a large avifauna population. In fact, the area has been designated as an Important Bird Area found in the South Indian region.

For birdwatchers, there’re a number of great sightings to be seen in Bundala. One of the greatest sights you’ll see are the flocks of greater flamingo – sometimes numbering in the thousands – wading along the park’s lagoons. Other birds you can expect to see among the lagoon biomes include waterfowl, cormorant, heron, spoonbill and a number of ibis varieties.

Birds aren’t the only wildlife you’ll run into when exploring Bundala however. The park is home to small herds of Asian elephants – one of the most majestic sights you’re likely to see in the entire island. Even rarer species like the Sri Lankan leopard and the rusty-spotted cat also stalk this wilderness – so keep your eyes peeled! 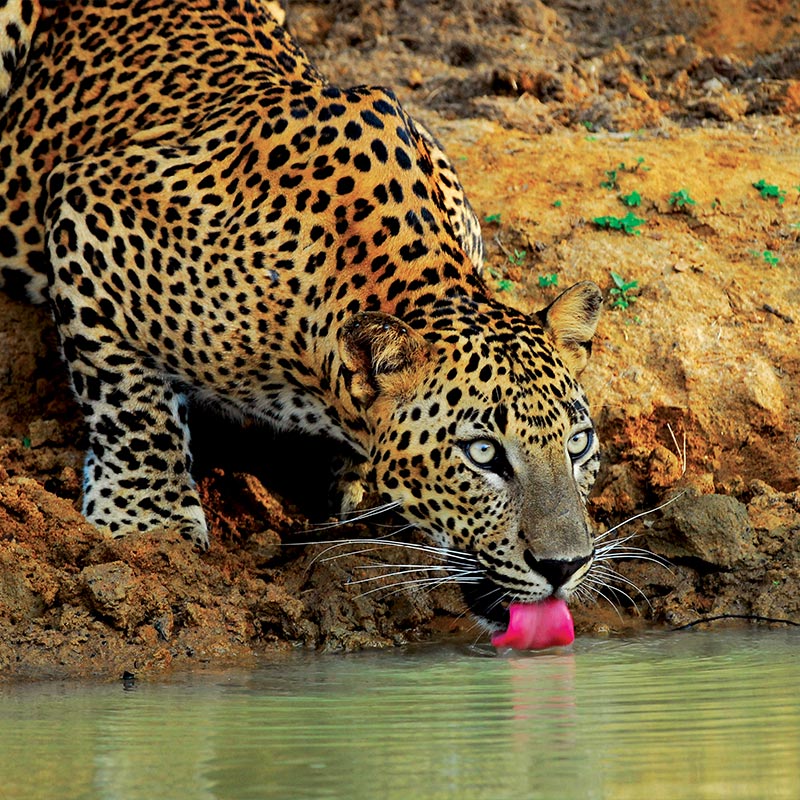