Sri Lanka’s waterfalls deserve just as much fame and renown as its beautiful white sand beaches and sprawling national parks. These remarkable natural attractions provide some of the most charming and picturesque scenes seen anywhere on the island. The Hulu River Waterfall is among the most beautiful of Sri Lanka’s waterfalls, not just because of the natural wonder itself, but because of all the verdant scenery that surrounds it as well.
The Hulu River Waterfall – know locally as the Huluganga Waterfall – is found in Huluganga Town, found in the country’s Central Province. To be precise, the town is 30 kilometres away from Kandy City – the nominal capital of Sri Lanka’s hill country. This makes a visit to the town – and subsequently the waterfall – a relatively easy affair if you’re already touring through Kandy.
The waterfall rises to an impressive height of 75 metres. Here, the water plummets at such speed and force that it is said sprinkles reach the outskirts of the Elliyadda and Aratthana towns. The location has always been popular with the locals who consider the falls as part of their heritage. The falls also saw a surge of popularity after being featured in the popular TV show – the Mansion by the Fall.
The Hulu River actually begins in the Knuckles Mountain Range, and the Hulu River Waterfall is one of several waterfalls that have formed as the river seeps through the hills. All in all, it can make for quite the mesmerising sight – one which is amplified but the sheer scale of natural beauty that surrounds it. In short, a visit to this waterfall is sure to stay etched in your memory for years to come. 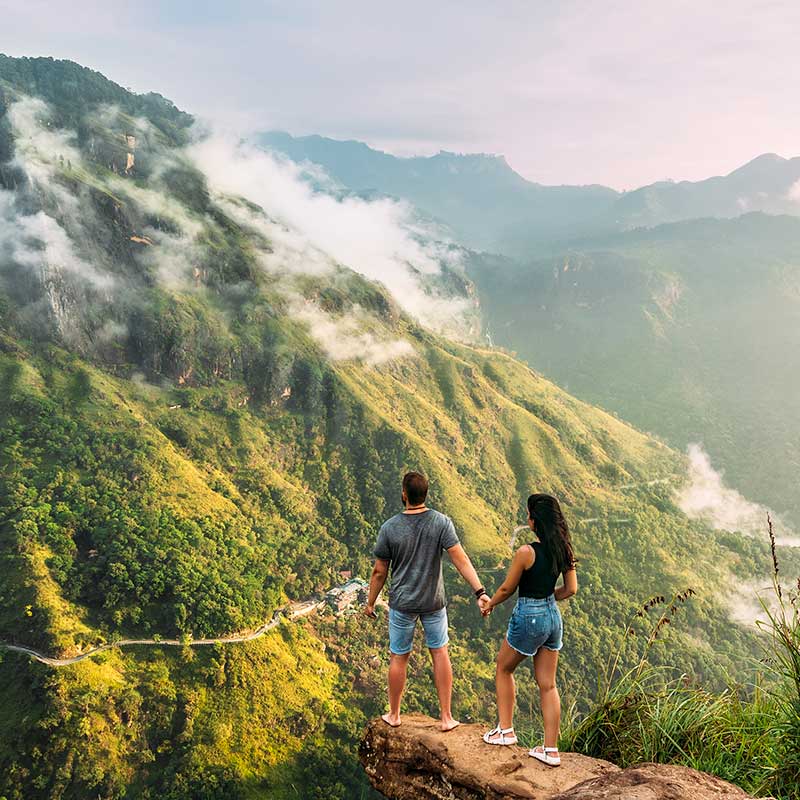